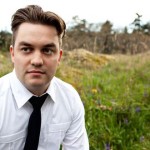 The following is a response to the recent Canadian Supreme Court ruling in the Manitoba Métis Federation Inc v Canada (Attorney General) case written by Métis Ph.D Candidate in the Indigenous Governance Program at the University of Victoria and 2012-2013 Henry Roe Cloud Fellow at Yale University Adam Gaudry

MMF v. Canada should rightfully be seen as a victory for the advancement of Métis land restitution. It emphasizes the need for a regularized relationship between Métis governments and the government of Canada, something which most Métis welcome. Yet, the decision nonetheless reinforces a view that Métis land rights are determined almost entirely by the Manitoba Act, which is ultimately a simple unilateral legal statute. The decision does acknowledge that the Manitoba Act has “treaty-like” properties, as well as defining the specific obligations of the Canadian government outlined in the Act, obligations which have, so far, not been met. However, the focus on the Manitoba Act, ignores the reality that a 1.4 million acre Métis land reserve was created by a negotiated agreement between a delegation from Red River, and a delegation from Canada in the Spring of 1870. The constellation of agreements that comprise what the Provisional Government of Assiniboia (the government of the Métis and others in Red River) referred to as the ‘Manitoba Treaty,’ contained significantly more specific land protections than the somewhat limited language of the Act.

For example, the Provisional Government and Dominion of Canada agreed that the 1.4 million acres for Métis children (the lands now in question), would be selected and allotted by a committee of Métis from Red River, not by the federal government. The agreement also included the provision that a law would be created that would protect Métis ownership of this large land reserve by preventing the sale of the lots to non-Métis. Finally, the Métis land reserve would be selected and allotted before Canadian settlement of the new province. While these agreements were not specifically mentioned in the Manitoba Act, they were nonetheless central to reaching the completion of the agreement, and were a necessary provision for Canada’s settlement of the North-West—there was armed Métis preventing Canadian representatives from entering the region, after all. These three stipulations would prevent speculation on Métis lands, and would have ensured that Métis retained their central place in the new Province of Manitoba. However, by relying solely on the Manitoba Act (which both parties agreed was only part of the agreement), this more robust understanding is lost. Moving forward then, we must be careful not to take the Manitoba Act as the sole source document for the creation of Manitoba. There was a lot more going on than Canadians legislating its existence.

By acknowledging the “treaty-like nature” of the Act, the Supreme Court could potentially bring Métis-Canadian relations into new territory (or as it were, an old territory). By acknowledging the origins of Manitoba in a treaty with the Manitoba Métis, we can then look to a bilateral basis for understanding Métis lands in Manitoba, rather than Canadian legislation. By recognizing the agreement on lands for what it was—an act of international diplomacy, between two distinct political entities on more or less equal footing, we can better understand the 1870 vision for Manitoba’s future—a province with a significant and enduring Métis element, with a large land base, and a strong (if not dominant) voice in the provincial legislature. By finding the basis for the province of Manitoba in bilateral negotiations, then we can also question Canada’s presumed ability to unilaterally alter the agreement, as it has done with Métis lands.

The way forward then, as the MMF v. Canada decision demonstrates, is both bilateral and political. It is premised on negotiations between political equals, not legislation or further litigation. What will put this issue to bed is land restitution, and a return to the original vision of Manitoba—a province with a strong Métis component, with substantive Métis land reserved for Métis families, and a central voice in the province’s affairs.

What also needs to be addressed is the land rights of the tens of thousands of Métis who left Manitoba during the 1870s for Saskatchewan, Alberta, Northwestern Ontario, and British Columbia. Many Métis families have built strong attachments to their post-1870 communities, and have built enduring ties to the other Indigenous communities in these places. The land rights of Métis, currently outside of Manitoba also need to be addressed. As a Saskatchewan family is no less dispossessed of their land in Manitoba than a Métis family in Manitoba. Clearly, there is a much more complex issue that the re-creation of a Manitoba land reserve.

Canada needs to sincerely engage with the Métis people, in order to resolve this ongoing injustice, stemming from historical dispossession. Without doing so, Canada’s claims to justice and peace in the old North-West, will always be open to question.